The NAS Board is made up of a group of people with experience working in disability and public policy.

The NAS Board makes decisions about how NAS does its work.

The NAS Board makes sure that we are providing a high standard service for people with disabilities.

Chairperson of NAS Board 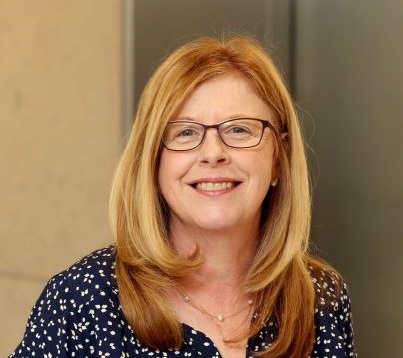 Rosemary was the former Director with the Mental Health Commission, the regulatory authority for mental health services in Ireland.

She was responsible for the registration of all in-patient mental health facilities, the monitoring of compliance with statutory obligations and the development of standards, rules and codes of practice for specified interventions in accordance with legislation.

Rosemary has extensive experience of working in the healthcare sector, specialising in mental health. She has contributed to the development of a range of national health related polices, standards and guidelines.

She is currently serving her first three-year term as Director on the Board of the Rehab Group and is a representative of the management of the public health sector on the Occupational Therapists Registration Board, CORU. 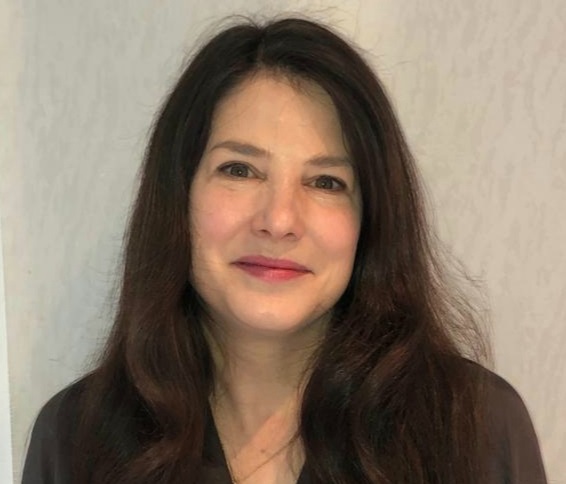 Elaine O’Mahoney is currently the Head of Communications at the Central Statistics Office (CSO). she has over twenty years’ experience in initiating developing and implementing communications strategies across a diverse range of public and private sector organisations.

She has previously held senior positions in Tusla, the National Educational Welfare Board and Murray PR.

She holds a BA and MA from UCC and an MSc in Management and Leadership from Smurfit Business College.

Elaine is a member of the Public Relations Institute of Ireland and is a certified project manager. 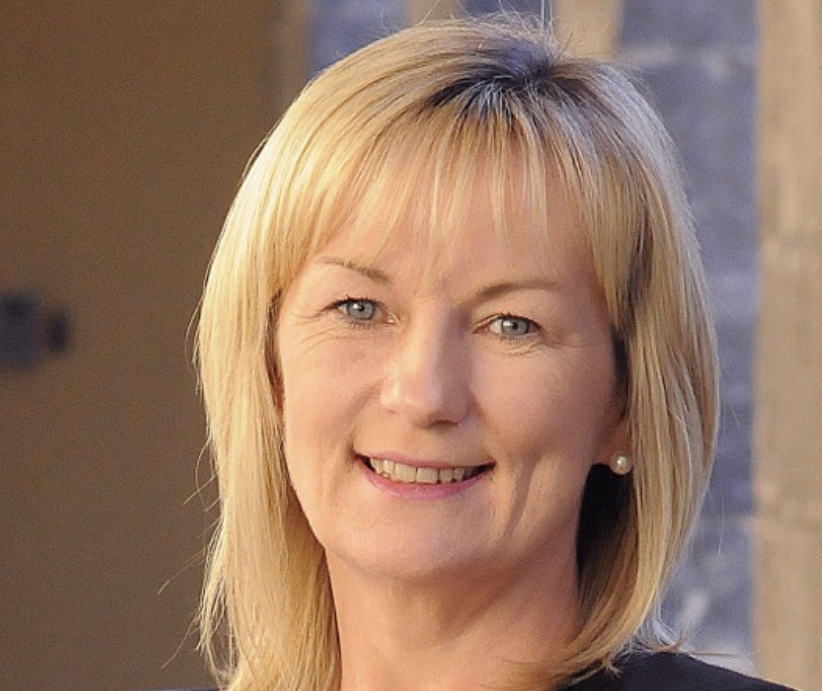 Michele Tait has a long history of working with advocacy groups and patient representatives and has provided advice and support to a range of service user groups.

She has worked in health services in Ireland for over 30 years across many roles within hospital and corporate areas. She is currently the Chief Operations Officer in St Vincent’s University Hospital. Prior to taking up her role in St Vincent’s University Hospital in late 2020, Michele held a number of senior roles in the HSE including being a member of the HSE COVID 19 Integrated National Operational Hub and Lead for the HSE in the implementation of recommendations from the Scoping Inquiry into Cervical Check carried out by Dr. Gabriel Scally, in 2018.

Prior to this role, Michele was the National Hepatitis C Treatment Programme Manager within the HSE with responsibility for implementation of the Department of Health multi-annual public health plan which aims to make hepatitis a rare disease in Ireland by 2030. She was also the national manager for services provided through the Health (Amendment) Act 1996 for persons infected with hepatitis C through contaminated blood and was the chair of the Consultative Council on Hepatitis C providing advice to the Minister on all matters relating to Hepatitis C.

Michele holds a MSc in Healthcare Leadership, a BSc in Biochemistry and Diploma in Health Service Management. 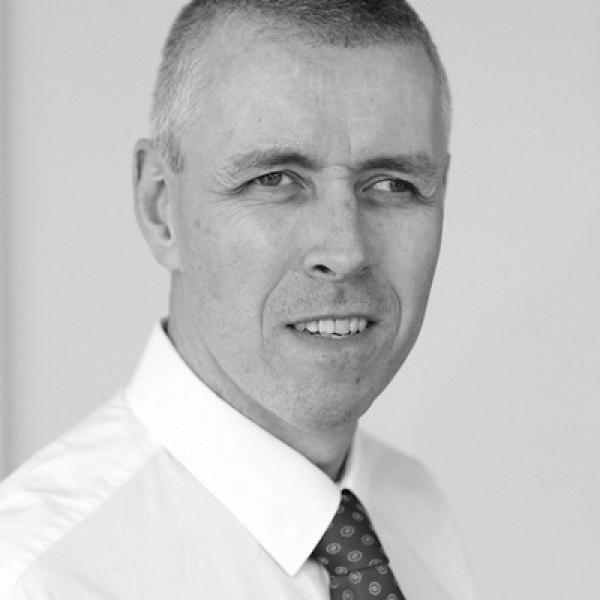 Having lived and worked as a person with a disability for almost 30 years, Tony Ward is committed to the importance of inclusion of people with disabilities as a priority in society.

He says that many barriers have been broken down but real inclusion and commitments from government and society still has many challenges. His goal is to help advance actions as a member of the board of the National Advocacy Service. He also strongly believes that everyone in Ireland has the same rights and should have equal expectations but unfortunately for many marginalised groups, including people with disabilities, these are not easily realised. Providing advocacy support to those who require assistance to make their voices heard lies at the heart of realising an equal Ireland for all.

Tony is from Monaghan and studied accountancy after completing his BComm in University College Dublin in 1985. He qualified as a chartered accountant in 1989. He worked in Deloitte from 1989 to 1991 and with a smaller accountancy practice during the mid-1990s.

In the early 1990s, Tony was diagnosed with a degenerative eye condition called Retinitis Pigmentosa that was not treatable – as a result he had to re-configure his way of working and over the years has used adaptive software to allow him to work effectively.

From the mid-90s to 2012 he worked in a variety of roles in business and consultancy in both the private and non-profit and charity sector. From 2012 to 2016, he worked as Head of Fundraising at Fighting Blindness and since 2016 is Director of Finance at The Wheel, the national representative body for the community, voluntary and charity sector.

Tony is keenly interested in sport and represented Ireland in 4 European and 2 World Championships in 800m and 1,500m between 1999 and 2005. He has also completed 6 marathons, most recently in New York 2015 where he raised €30,000 for Fighting Blindness.

Tony is currently a board member of Sightsavers Ireland, co-chair of Chartered Accountants Ireland charity and non-profit Group and on the committee of his local GAA club. 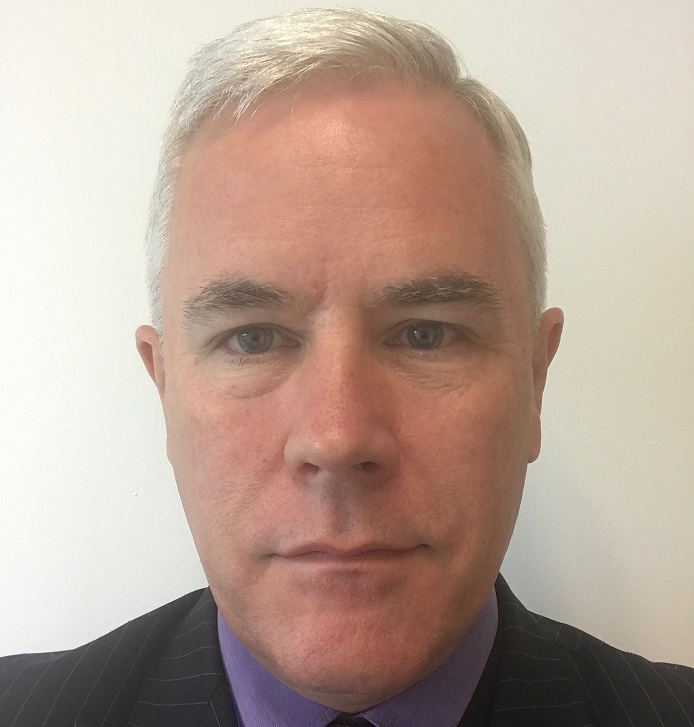 John Roycroft is a retired civil servant with over 40 years’ experience in the Irish civil service in a wide variety of roles. He worked at senior level in the civil service for over 25 years, retiring in December 2018.

From September 2015 to December 2018, John was the Programme Director of the Irish Refugee Protection Programme (Principal Officer higher scale) in the Department of Justice and Equality.  This Programme was established by the Government in September 2015 in response to the migration crisis in central and southern Europe.

John set up the new Programme, working closely with various Ministers, local authorities, the HSE, Tusla, various Government Departments, foreign Governments and a variety of international organisations in order to deliver the goals of the Programme. Working with Minister of State David Stanton and in partnership with the Government of Canada, the Global Refugee Sponsorship Initiative, various Irish NGOs and UNHCR, he also worked to establish the new Irish Refugee Community Sponsorship Programme.

John joined the Irish civil service in 1978 and worked in a wide variety of different roles and capacities in organisations ranging from the Revenue Commissioners, the Department of Finance to the Houses of the Oireachtas. He joined the Department of Justice and Equality in 2000. He also served as Secretary General of the Irish Red Cross from September 2007 to December 2009.

Within the Department of Justice and Equality he has worked at Principal Officer level in areas as diverse as the Garda Síochána Complaints Board, International Policy Division, the Reception and Integration Agency, the Casino Committee, Corporate Affairs Division and the Irish Refugee Protection Programme.  John also led the teams responsible for the organisation and delivery of all Department of Justice events and conferences in Ireland during two Irish EU Presidencies, in 2004 and 2013. 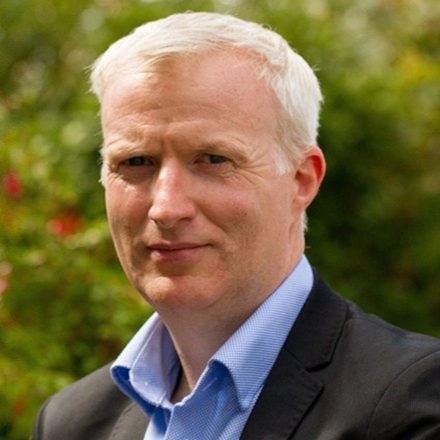 Padraig Kelly is the RCSI Associate Director, Operations, Planning & Postgraduate Education. Padraig has a Bachelor of Engineering Degree in Industrial Engineering, has a Master’s of Business Administration a Diploma in Risk Management and is a Lean Six Sigma Black Belt.

Padraig has a total of 24 years of experience in the field of Operations Management, Process Improvement and Lean Systems. Padraig has had Quality, Engineering and Operations management roles in a range of Organisations including Xerox Corporation, Waterford Crystal, Iarnród Éireann, RCSI , SQT Training and the Rotunda Maternity Hospital.

For the past 17 years, Padraig’s work has focused entirely within the Healthcare sector with quality assurance, accreditation and process improvement roles within Large University Teaching Hospitals and Medical Academic programmes. During this time he has led major Accreditation and Lean Implementation projects within individual Hospitals and Hospitals groups.

You can find out more about which cookies we are using or switch them off in settings.

This website uses cookies so that we can provide you with the best user experience possible. Cookie information is stored in your browser and performs functions such as recognising you when you return to our website and helping our team to understand which sections of the website you find most interesting and useful.

Strictly Necessary Cookie should be enabled at all times so that we can save your preferences for cookie settings.

If you disable this cookie, we will not be able to save your preferences. This means that every time you visit this website you will need to enable or disable cookies again.

This website uses Google Analytics to collect anonymous information such as the number of visitors to the site, and the most popular pages.

Please enable Strictly Necessary Cookies first so that we can save your preferences!